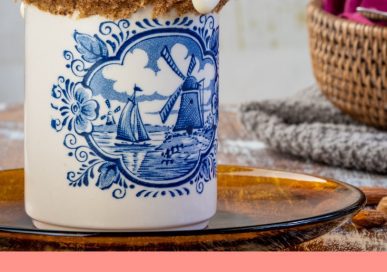 Grabbing a cinnamon bun for breakfast might have been your favorite pre-keto activity. Now you can have your keto cinnamon roll mug cake and eat it too!

WHAT IS A MUG CAKE?

Mug cakes are exactly what they sound like. Small cakes that are “baked” in a mug. And by baked, they are usually microwaved as most mugs aren’t oven safe.

These single-serving cakes have grown in popularity in recent years thanks to their ease of making and size.

When you are wanting something sweet, especially a piece of cake, you only have to grab a mug and some ingredients. Otherwise, you’d have to drag out mixers, cake pans, and other kitchen utensils to make a big cake!

WHAT IS A KETO CINNAMON ROLL MUG CAKE?

A cinnamon roll mug cake is a mug cake that is meant to taste like a cinnamon roll! A delicious sweetener, cinnamon, and cream cheese icing make it delicious and irresistible.

Before you try to make this keto cinnamon mug cake, make sure you have the following ingredients on hand first.

When you have all of this, you’re set and ready to go!

HOW TO MAKE A KETO CINNAMON ROLL MUG CAKE

Good cinnamon can make or break a recipe. Most of the time, we opt for whatever ground cinnamon is in the spice aisle and think no further.

Here are some things to consider when thinking about cinnamon and your home cooking.

Believe it or not, there are two main kinds of cinnamon found on store shelves; ceylon and cassia.

Cassia cinnamon, the most common, comes from the cassia tree, which originated in South China.

Cassia is considered lower quality cinnamon since it is very cheap. Because of this, most cinnamon in grocery stores and supermarket shelves is cassia cinnamon.

It is most widely described to have a stronger, spicier cinnamon flavor.

Ceylon cinnamon, otherwise known as the “true” cinnamon is found in Sri Lanka and Indonesia. This variety is less common and is more expensive than cassia cinnamon.

Since it has a more delicate, sweeter flavor, ceylon cinnamon is thought to be the absolute best cinnamon to use in anything sweet.

If given the choice between these two, opt for ceylon cinnamon if you’re able to find it in stores near you. However, if you prefer the taste of regular cassia cinnamon, it will certainly do the job.

By fresh cinnamon, we are referring to cinnamon that hasn’t yet been ground into a powder.

Some folks swear grinding your own cinnamon stick is the best way to go about cinnamon.

To go about this, first buy whichever type of cinnamon stick you prefer. Break the sticks into smaller piece and place into a coffee grinder.

Grind the cinnamon until it is a fine powder.

Transfer your freshly ground cinnamon to an air-tight storage container and place it into your spice cabinet.

You may find cinnamon labeled as organic. Generally, this could indicate it is ceylon cinnamon. Otherwise it probably just follows whatever organic “rules” that particular company has set forth.

Is organic cinnamon worth it? That decision ultimately lies with you. However, the title “organic” usually comes with a higher price tag the product quality doesn’t live up to.

If you peruse our site a lot, you will notice that we recommend monk fruit sweetener for almost all of our sweets recipes.

In fact, it is our sweetener of choice for everything sweet except our ice creams (powdered erythritol just works so much better).

WHAT IS MONK FRUIT?

Monk fruit, otherwise known in China as “luo han guo,” is a member of the gourd family. The fruits are naturally sweet but are such without fructose or sucrose.

Instead, the fruits contain something called mogrosides, which are naturally sweet but are chemically different than sugar.

WHY IS IT BETTER?

The reason monk fruit is one of the best sweeteners for anyone looking to reduce their sugar and carbohydrate intake is that it has no glycemic index.

Simply put, this means ingesting monk fruit has no effect on your blood sugar whatsoever. No rise in blood sugar is exactly what you are aiming for on a ketogenic or low-carb diet.

Without a rise in blood sugar, your body isn’t signaled to store the food you are eating as fat. This is one of the major factors in carbohydrate-based diets and weight gain.

Most sweetener brands use dextrose or another binding agent to attach the sweetener to. These binders can cause a spike in blood sugar, much like regular sugar can.

Because of this, these brands, though using approved sweeteners like monk fruit, are not fit for a keto/low-carb diet.

Unlike a lot of monk fruit-based sweeteners you find in the store, Lakanto combines monk fruit with erythritol to form their sweetener. Like monk fruit, erythritol is also a non-glycemic sweetener.

Because of this, Lakanto is the best solution to get a wonderful sweetness, all while ensuring blood sugar levels don’t spike or rise.

WILL THIS MAKE ENOUGH TO HAVE LEFTOVERS?

Probably not, unless you normally eat very small amounts. This recipe is designed to make a single, decently sized mug cake, perfect for breakfast or sweet treat.

CAN I MAKE THIS IN THE OVEN?

There are methods for making mug cakes (without the mug) in the oven.

However, since the goal of this recipe is to be fast and easy, we aren’t going to discuss oven methods for this recipe.

WHAT TO EAT WITH A CINNAMON ROLL MUG CAKE

Even though this is meant to be a stand-alone recipe, you might want to have something else with it.

Here a few recipe ideas that are either cinnamon-based or deliciously sweet.

We are a participant in the Amazon Services LLC Associates Program, an affiliate advertising program designed to provide a means for us to earn fees by linking to Amazon.com and affiliated sites. As an Amazon Associate, we earn from qualifying purchases.

Yield 1 Serving Size 1 mug cake
Amount Per ServingCalories 498 Total Fat 55g Carbohydrates 1g Protein 8g
Nutrition facts are provided as a courtesy, sourced from an online food databse. All carbohydrate counts are calculated as net carbs instead of total. Net carb count excludes both fiber and sugar alcohols, because these do not affect blood sugar in most people. We try to be accurate, but feel free to make your own calculations.